The Mystery Traders are ships from an advanced alien race that appear randomly anytime from 2430 onwards if Random Events is enabled with the message "A mysterious trading vessel broadcasting a proposal has been detected entering known space." The MT flies in a straight line at a speed between warp 8 and 13, but often (for reasons known only to himself) changes course and speed which can make a rendezvous rather difficult. If, however you manage to get a fleet of ships holding at least 5000kt of minerals within hailing distance, that whole fleet (including any escort ships) will be 'absorbed' by the MT and you will be given either a piece of unique technology, a boost to your current research, or a few of the Traders support vessels(MT Ships) in return.

You may increase the amount of help you receive from the Trader by giving more minerals - up to a maximum 9800kt. The chances of getting a particular kind of help from a particular trader are random, but that trader will give the same thing to everyone who visits it. If the MT is giving away a specific MT Toy which you already have(either from a previous MT or from tech trade) the MT may give anything(that MT's give) or nothing.

If you are given a unique part, the amount of materials in the fleet is irrelevant so long as it is 5000kt or more. You may only visit each Trader once. If you try again you will be turned away regardless of how much cargo you have to offer.

How much tech will I get?

That depends on you current total number of tech levels and the amount of minerals you deliver. Note that all the minerals need to be in the same fleet when it meets the MT.

MT toys are components that cannot be researched by players, but are only available from the Mystery Trader. 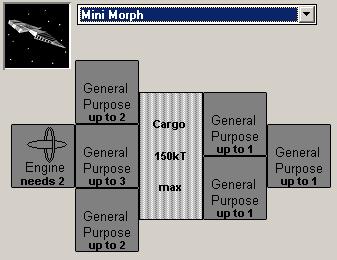 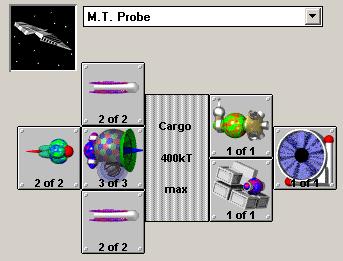 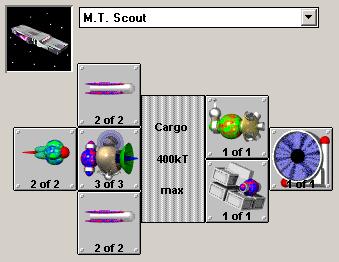 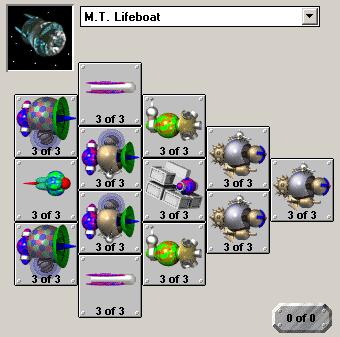 The unique technologies you gain from the MT can be traded in much the same way as regular tech-trading. however the chances of gaining are much smaller. [1]

S.B.Posey's Spreadsheet has a sheet for calculating the probability of a successful (MT) tech trade. 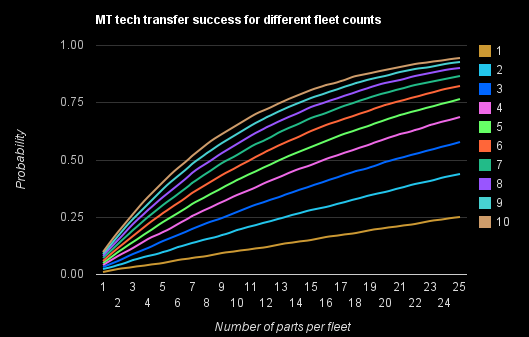 Following the MT - A warning