The Colony Ship hull is a cheap and efficient colonization freighter available from the start of the game for all PRT. While a lot of players prefer to rely on other hulls for their colonizing needs because of the high germanium cost, the colony hull remain the first choice for the very early stage of the game.

Note that use of a Colony Ship hull with an empty mechanical slot is strongly disrecommended, as this will cause other players to suspect you of cheating. 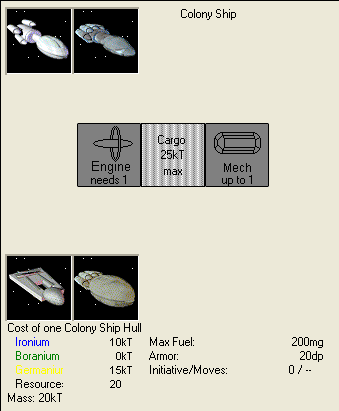